Heidi Taillefer was born in Montreal, Quebec to her artist mother by whom she was encouraged to draw. At the age of three, Taillefer began drawing and after ten years of private art lessons had developed a knack for watercolor. She was influenced by surrealism, which in addition to her interest in technology and biology determined the evolution of her style. By the ‘80’s, her work was an obvious manifestation of her fixation on society’s technological development. During this time, Taillefer used imagery reflecting the growing hybridization of humanity and technology placing her mechanical subjects in natural settings to convey her nostalgia for the past in light of the massive and high-speed technological advancement that was underway.

Following this period, Taillefer pursued a degree in Humanistic Studies from McGill University focusing on Classics. Her collegiate education informs even her contemporary work, which incorporates mythological and cultural references. As a result, her art is consonant with early 20th century surrealists such as Max Ernst, Paul Delvaux and Giorgio De Chirico. Using these modern contexts, Taillefer lends new meanings to classical icons orienting disparate mechanical assemblies to convey a singular universal idea, appropriating objects to highlight subconscious preoccupations or explorating the metaphysical, a dream-like parallel of our world. Her work is a unique and skillful fusion of classical figurative painting, mythology, surrealism, contemporary realism and popular figurative traditions and hence, it is no surprise that she undertakes highly visible art projects with companies such as Cirque du Soleil and Infiniti. Taillefer is currently based in Montreal; her pieces are collected internationally and continue to be exhibited in prestigious galleries and museums in North America. 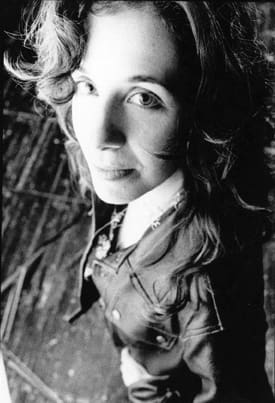 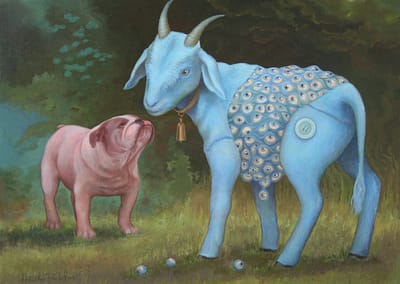 govinda and the heiffer nymph

bemoaning the loss of limbo